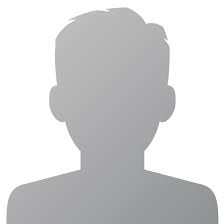 Curt Ross joined First Command Financial Services as a Financial Advisor in May 2005, following a 26-year career in the United States Air Force. There, he attained the rank of Colonel and served as a squadron and group commander as well as a vice wing commander, piloting C-130, MC-130, C-27, CT-43, C-21, UH-1 and C-9 aircrafts. As the deputy director of operations for the U.S. Transportation Command during September 11, 2001, Curt was responsible for the deployment of all U.S. and Allied Forces to Afghanistan and Iraq. He oversaw the execution of the largest deployment in history with annual expenditures of over $9 billion on commercial airlift. As a special operations pilot, he led the invasion of Panama in 1989. A graduate of Indiana University with a bachelor's degree in history, and Webster University with a master's degree in business management, Curt holds Series 6, 63 and 65 securities licenses plus state life, health and property and casualty insurance licenses. He is a me